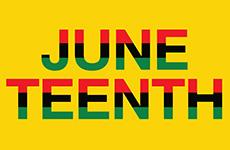 Today, African-Americans celebrate Juneteenth, an annual holiday dating back to 1865 commemorating the end of slavery in the United States. In recent years, and particularly following nationwide protests over police brutality and the deaths of George Floyd, Breonna Taylor, Ahmaud Arbery and other African-Americans this year, Juneteenth has experienced renewed interest as a day to celebrate freedom.

What is Juneteenth? On June 19, 1865, about two months after the Confederate Gen. Robert E. Lee surrendered at Appomattox, Va., Union Gen. Gordon Granger arrived in Galveston, Texas, to inform enslaved African-Americans of their freedom and that the Civil War had ended. General Granger’s announcement put into effect the Emancipation Proclamation, which had been issued more than two and a half years earlier on Jan. 1, 1863, by President Abraham Lincoln. The holiday received its name by combining June and 19. The day is also sometimes called “Juneteenth Independence Day,” “Freedom Day” or “Emancipation Day.” While slavery ended in 1865, systemic racism continues to this day. Consider using today as a day to reflect on critical issues that perpetuate discrimination against black people in America and throughout the world.
Elkins Park sixth grade teacher Lise Marlowe teaches a "History of Cheltenham" course at the CHS Adult School. The course focuses on the township's involvement in ending slavery. Click through to view her presentation>>>
Learn more about Juneteenth
Copyright © 2002-2020 Blackboard, Inc. All rights reserved.